Magdalena Pelczynska-Korzun, operations director at Legia Foundation, is a confirmed speaker at our 18th EFDN #Morethanfootball Conference in Budapest from the 14th until the 16th of November 2022.

A graduate of the Faculty of History at the University of Warsaw. Personal image expert and executive producer with over fifteen years of experience in public relations, creation, and event production. She started her professional career as a Project Manager, then as operational director for the Mercer’s Coffee chain, from where she moved to Wedel taking the Development Director role.

Later during her adventure in public relations and marketing, she was involved in the image creation of among others, Samsung, Adidas, Reebok, Microsoft Polska, and PL2012 (responsible for the National Stadium). Producer of multiple businesses, sports, and cultural events, both in Poland and abroad. She has solid experience in mass events and large-scale city projects such as the Orange Warsaw Festival, Lato Konesera, and “Plac Defilad” made in cooperation with the Capital City of Warsaw.
She has been working with Legia since 2015, where, as the Operational Director, she co-founded the Legia Foundation.

During the presentation, Magdalena will briefly showcase Legia Foundation general approach and way of operating also take into account cultural specificities and contexts for the communities gathered around Legia Warsaw. She will distinguish some of their projects and focus on presenting the Ready To Help initiative as a response for social needs which may arise as a result of world catastrophes or unforeseen events. Last but not least, she will present the importance of different partnerships in our everyday’s work. 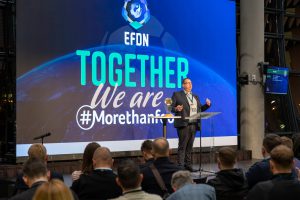 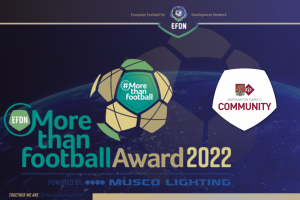