The 14th EFDN Conference concluded in style this afternoon with Club Brugge Foundation winning the More Than Football Award. The day’s activities began with online networking sessions among attendees. This was followed by a live studio session discussing total access to football. Tilburg-based disability football player and Special Olympics Netherlands’ Suzanne van den Einden-Brok was joined by Jos Schaart from FC Emmen and EFDN Programme and Partnership Manager Robert Maaskant. They spoke about ways to include more persons with disabilities in football programmes run by clubs and foundations.

Roundtables on COVID-19 response and youth, adults and the elderly health and wellbeing followed. Ten roundtables simultaneously discussed issues such as early leaving education, STEM education, gender equality, environmental sustainability, preventing youth crime and employability programmes. The roundtable on how to tackle the issues of children and youth being at risk of leaving early education discussed associated risks and how clubs can attract participants to their programmes. Four live stream sessions took place after the roundtables with presentations by Northampton Town FC, UEFA, Everton in the Community and EFDN (Scoring for Health).

Northampton presented how the trust engaged with their local community, club and stakeholders to develop a meaningful strategy, diversifying their work from traditional football-related activity to a wider portfolio of activity. UEFA’s Monica Namy spoke on how UEFA supports its 55 member associations on their journey to implementing a comprehensive FSR (Football and Social Responsibility) strategy, using different tools such as education, peer-to-peer exchange and financial incentives. Sue Gregory, Director of Youth Engagement, Education and Employability at Everton in the Community, presented on making an impact – a proven model for success. EFDN’s Lewis Walker presented the ‘Scoring for Health’ programme which aims to tackle the problem of childhood obesity, its concepts, implementation and results.

Thank you and much appreciation to all the members and attendees who made our 14th EFDN Conference, and first virtual one, such a resounding success. We invite you to continue using our virtual platform. 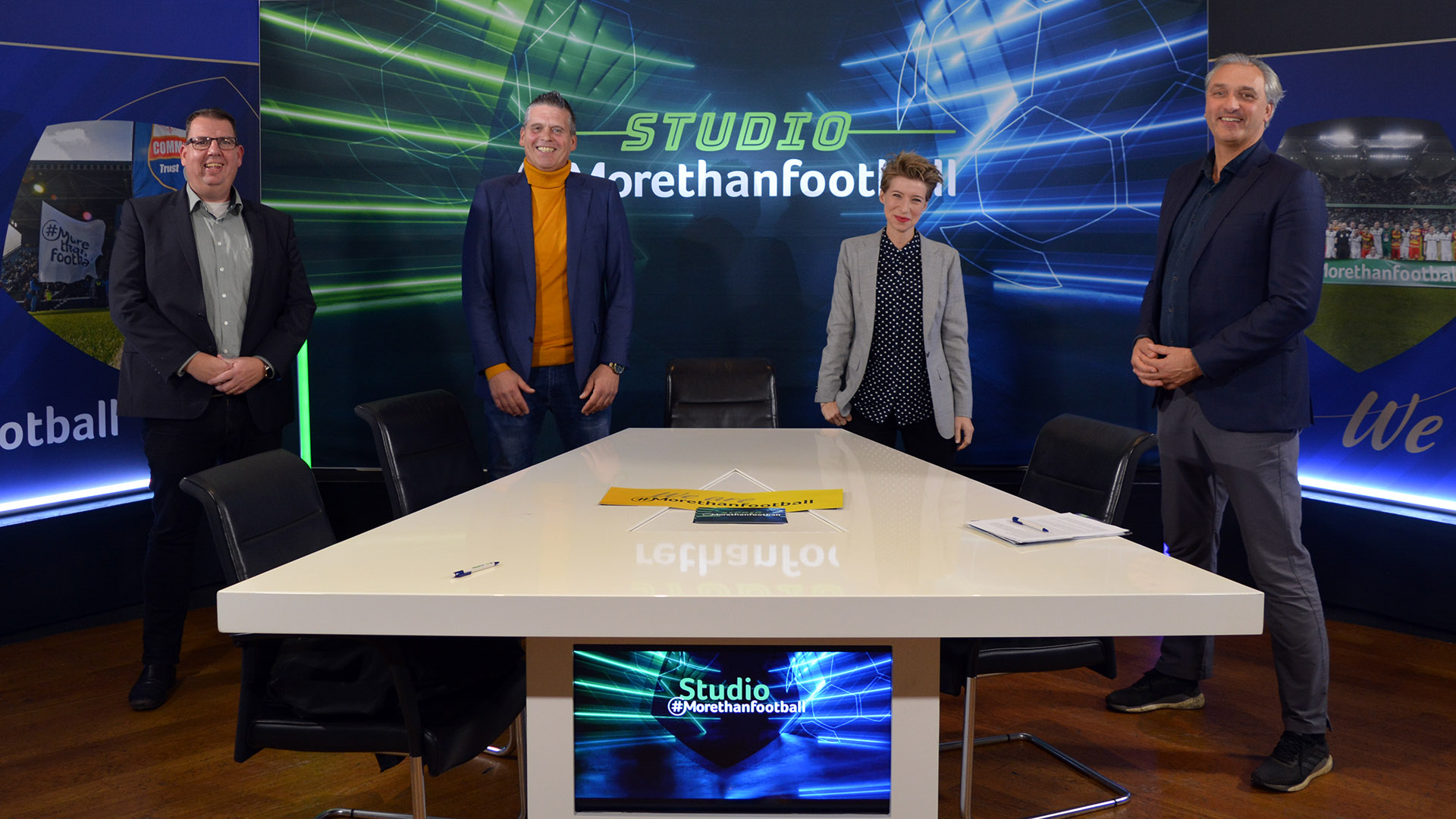 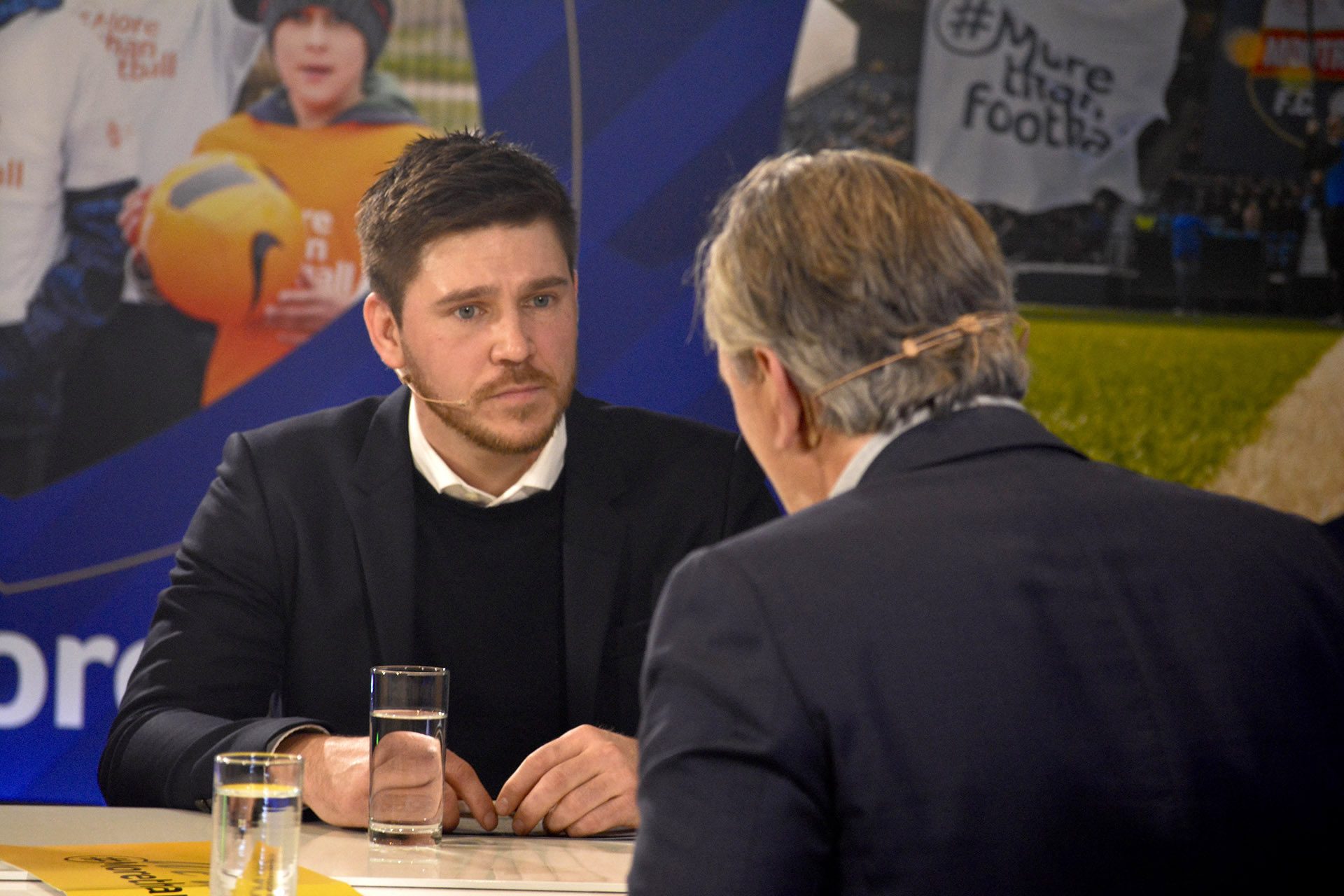 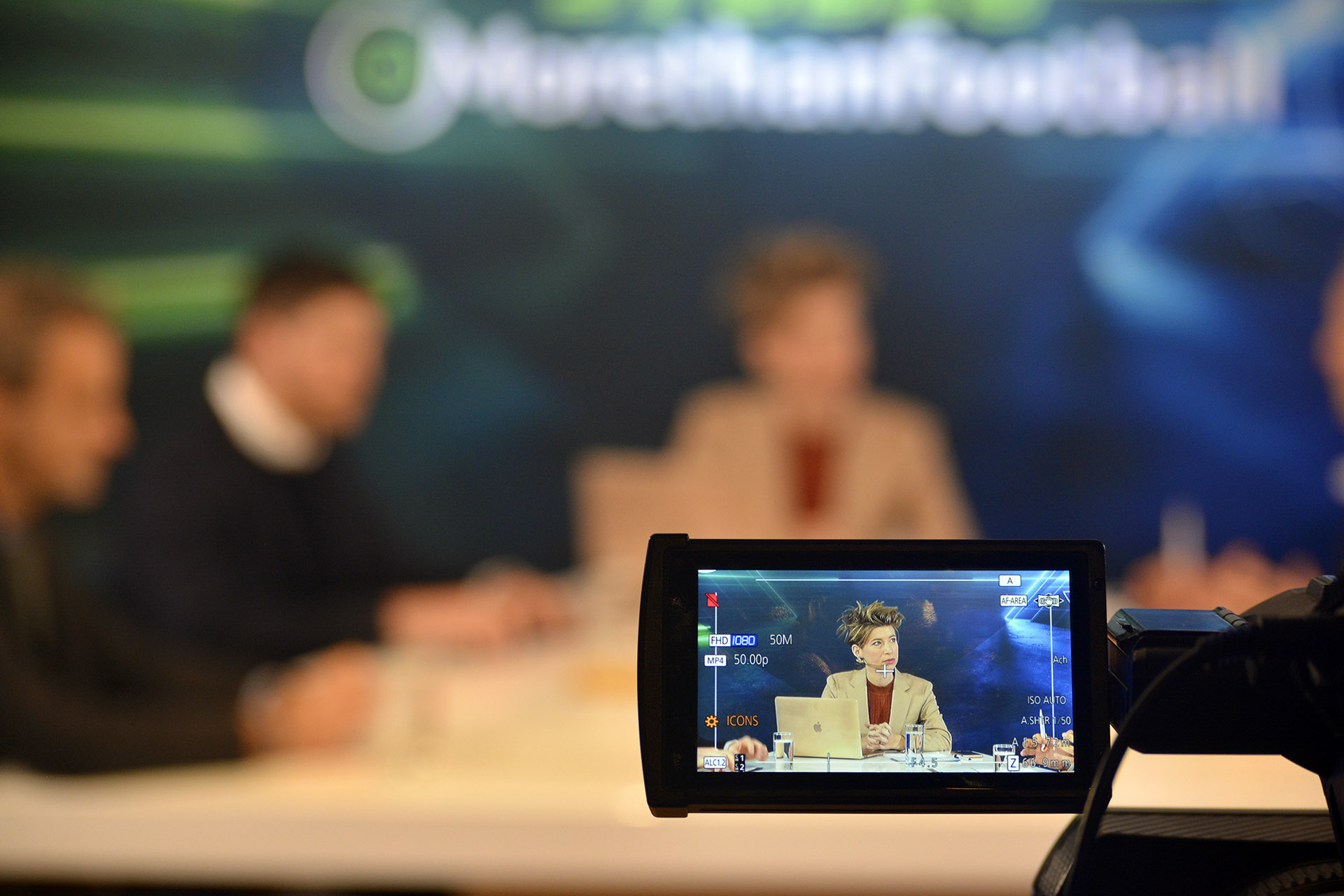 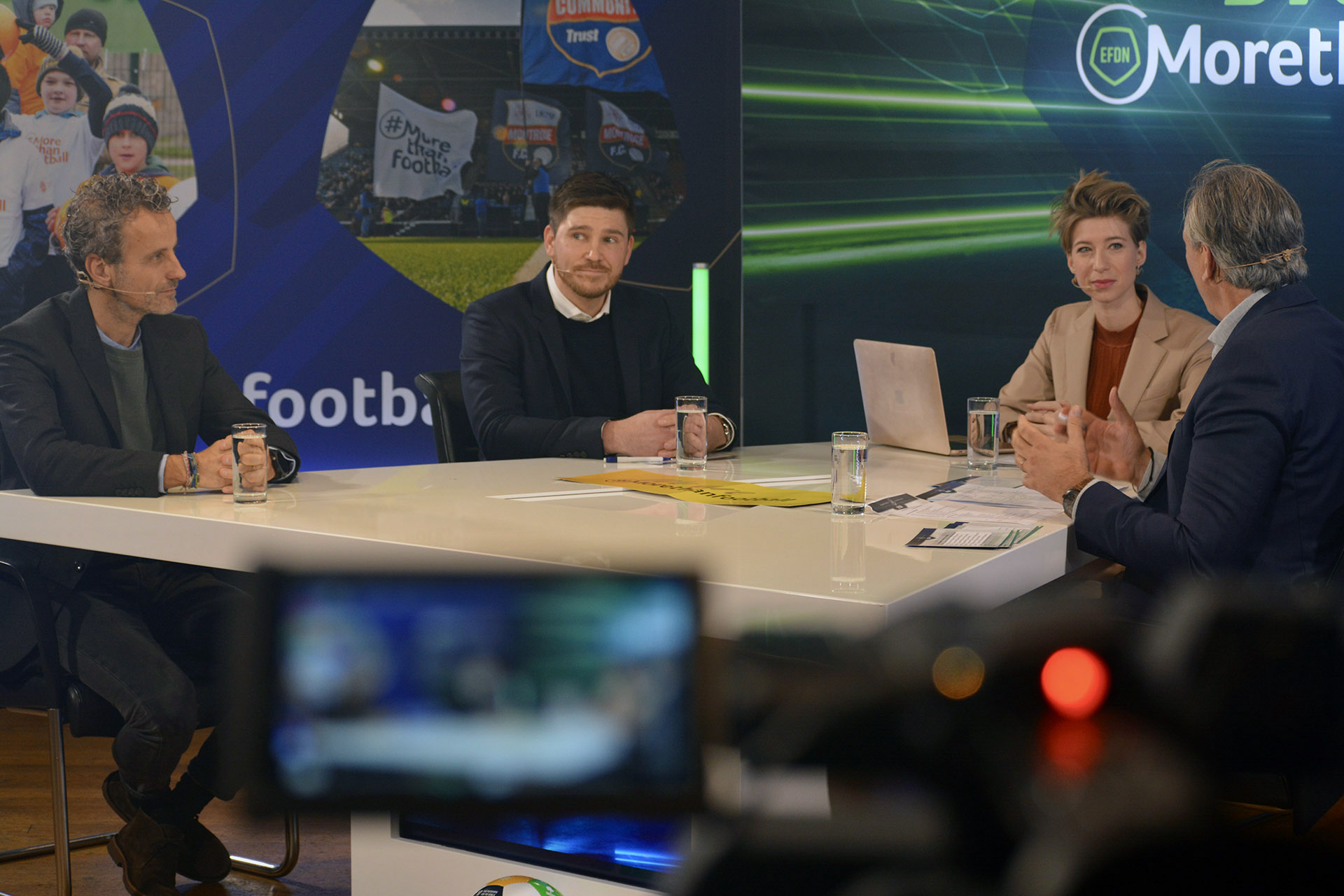 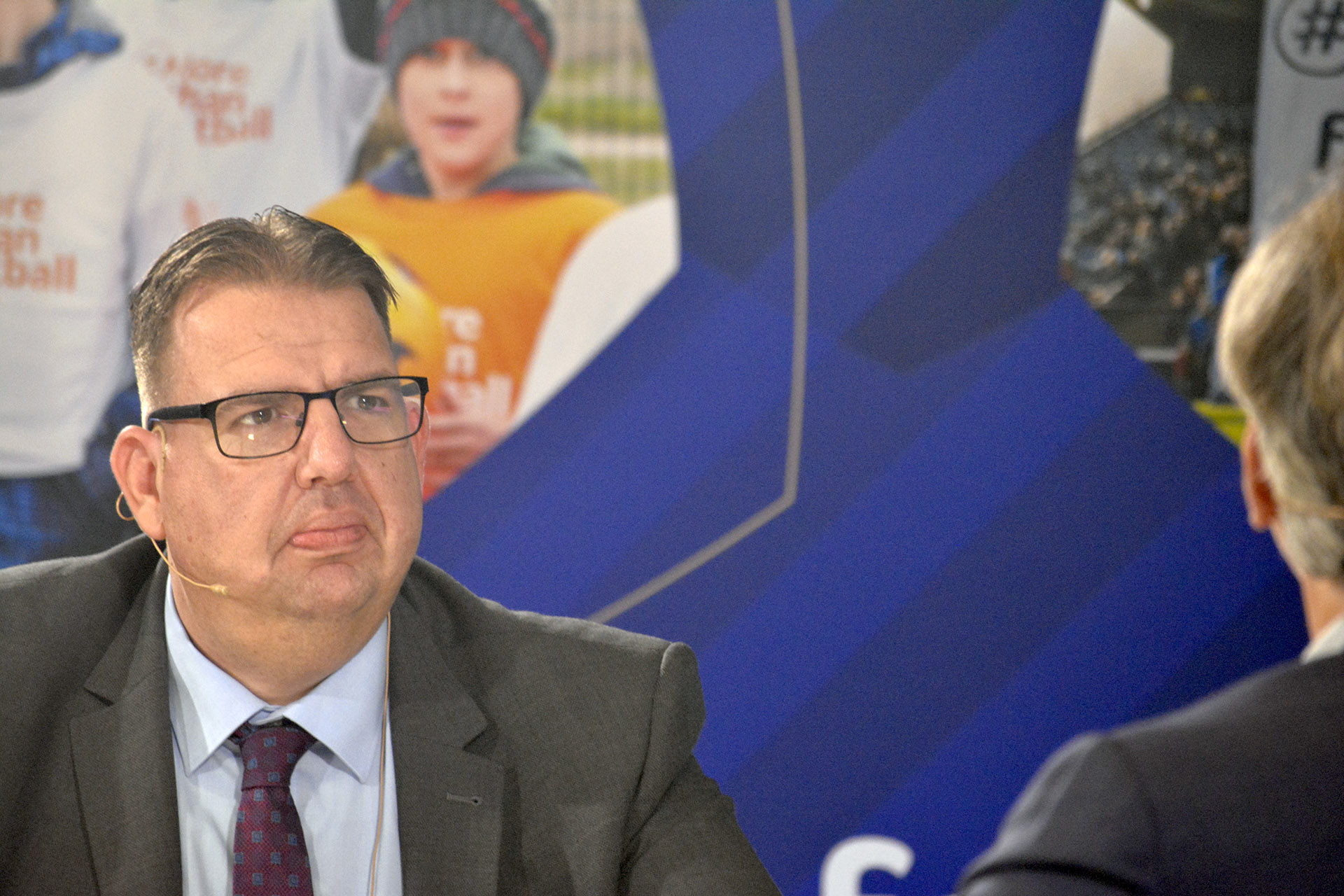 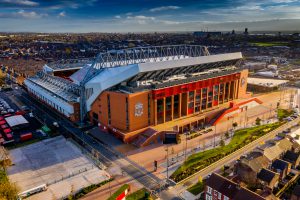 17TH EFDN CONFERENCE IN LIVERPOOL – SAVE THE DATE!