‘Integration of the Turkish Community in Twente’

FC Twente’s foundation project ‘Turkse Tukkers aan Zet’, ‘Integration of the Turkish Community in Twente’ has been selected for the shortlist of the More than Football Award 2021. With the objective of attaining social inclusion and developing harmony within the larger community in the region of Twente, the area around Dutch city Enschede, FC Twente has taken on the responsibility of integrating Turkish individuals and families into the Dutch society. It is reported that many people of Turkish ethnicity lag behind in language skills and knowledge of/interaction with the local Dutch culture as some families within the Turkish community isolate themselves from society. Their own culture is leading and the Dutch culture comes second.

This circle can be broken if the community, the immigrant community, takes action itself with support from a neutral football club FC Twente to develop a sense of urgency within its own circle and to take and support initiatives to improve and intensify socio-cultural integration.

According to the project’s main objectives, improvement of Dutch language proficiency, active involvement in cultural nuances, and orientation towards Dutch insititutions/labour market are priorities in the approach.The essence of this approach is that the Turkish community itself takes the initiative in socio-cultural integration

Keeping this in mind, the club has carried out the integration project successfully over the period of three years – supporting the socio-cultural integration of 51 participating families, accounting for 130 individuals across genders and age groups. This was done under FC Twente, scoring in the neighbourhood, the social foundation that is working for residents in the Twente region who could use an extra helping hand.

Unique is FC Twente, with a neutral role and enormous appeal, which has managed to get the Turkish community in Twente moving by means of customization. This resulted in the participation of many Turkish families from several generations, who have lived in the Netherlands for years or decades, and have actually taken steps and are still working to better integrate into Dutch society. A great platform has emerged from scratch in a short amount of time. 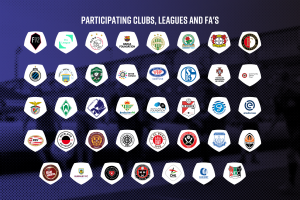 More than 50 clubs, leagues and FA’s at 16th EFDN Conference